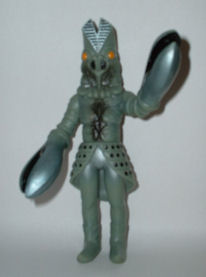 Verb conjugation is the key to fluency in any language (IMHO)

This site was the result of more than 10 years of pent up frustration in not being able reach fluency in Japanese. Ok, I had the excuse that I don't actually live there, but my wife is Japanese and my son overtook me when he was 4. I couldn't understand what was going on in my own house half the time.

Why focus on Verbs?

I had once reached a reasonable level of fluency in Spanish which made my failure in Japanese even more annoying. Even though I probably knew almost as many words and phrases in Japanese as I do in Spanish, I couldn't string them together quickly enough to partake in any sort of meaningful conversation. However I finally realised where the missing link to fluency lay - in the ability to quickly conjugate verbs.

A bit of investigation led me to discover that Japanese verb conjugation follows strict rules, once you know the rules you can conjugate any verb. I found the easiest way to get my head round the rules was to write it out in pseudo-code. Once I'd written out the pseudocode the next logical step was to actually produce the program to do it. I figured that this would act as extra revision and who knows - someone else might find it useful!

How does it work?

A number of functions (attempt to) do the right stuff to the dictionary form of a Japanese verb in order to conjugate it into the different tenses. This is done on the fly - you can even make up a verb as long as it looks like a Japanese verb (ends in 'u', basically).
The list of verbs is stored on a database. If I add a new verb to the database it will appear on the list and can be conjugated by clicking on it.

Why have some verbs only got Romaji?

Originally the system was all Romaji but I quite often got asked to do a version of the site in Japanese script. I added this functionality in early 2015 but it currently only works for the verbs for which I have entered Japanese script on the database - as shown on the list of verbs page.

Btw Please read my blog post Romaji is for wimps for more on that.

What about an app?

I sometimes get asked about making a app version of the site. This has been on my to do list for a while but I haven't yet found the time to do it. However if you would find it useful let me know via one of the methods below - it may motivate me to get on with it!

This is still a work in progress - both linguistically and technically - so if you see an error, or have any other comments, please get in touch in one of the following ways