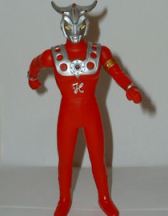 This is a very basic introduction to Japanese verbs and a glossary of the terms used on this site.

This is what it says on the tin - the form of the verb you'll find in the dictionary. In Romaji (see below) it always ends in "u"; e.g. "taberu", "iku", "arau" etc. However you should note that when written in Japanese script, while the verbs above all end with a "u" sound, the last character will actually be different: eg ru (る), ku (く) and au (う)

This is the system for writing Japanese in Latin characters - it literally means "roman letters". This is how the verb conjugations are displayed on this website. Ok, ok, I know we should all be learning Hiragana, Katakana and Kanji - read my blog post Romaji is for wimps for more on that.

I do hope to do a Japanese script version of the conjugator in the future but for the moment - due to the demands of the day job, family, life etc - we'll have to make do with the Romaji

Japanese verbs fall into 2 main groups as explained below. By knowing which group a verb belongs to you can tell how to form its "stem" and infinitive. That's how this conjugator works.

Most verbs that don't end in "iru" or "eru" fall into this group. They form their stems by dropping the final "u" which leaves a stem ending in a consonant. Hence the various names that this group can be called by.

The infinitive is formed by adding "i" to the stem

In Japanese this group of verbs are called Godan 五段 (five step) which refers to the fact that the final kana of the dictionary form changes to another from the same row on the kana chart, and these changes involve all five vowels.

Most verbs ending in "iru" or "eru" fall into this group. The stem is formed by dropping the final "ru", thus leaving a stem that ends in a vowel

In Japanese this verb group are referred to as "ichidan" 一段 (one step). This is because only one change is needed to make other forms

The infinitive is the same as the stem for these verbs

There are also the Japanese "verbs" of existence (desu, imasu, arimasu). I'm not really sure if these should be classified as verbs at all they don't count as "doing words" (which is what I learnt a verb was many years ago at school) and are only used in a couple of tenses. And my wife says only Gaijin call them verbs. I stand to be corrected on any of that lot.

In Japanese the level of politeness you use varies depending on the social situation you find yourself in. Verbs are conjugated differently depending on the level being used. The two main ones, as used on this site, are the plain and polite forms

The polite form is the safest to use in most situations - you are unlikely to upset anyone by being too polite. However a certain amount of leeway is given to Gaijin and you will gain points by making an effort.

The plain form is used in situations such as between friends, close family, to children, or when telling off husbands.

Sometimes much is made of this when studying about Japan; however I think it is the same in most societies - if I bump into my boss by the photcopier tomorrow I'm not going to call him "mate"!